Success! Now check your email to confirm your subscription.

How to discuss 3 of the scariest things with kids: death, traumas, and disabilities while teaching safety

- "Mommy, why did the ambulance come?" the innocent eyes ask.

Do you have a simple answer?

At some time, our kids face reality - things happen to people they love.

As parents, we are responsible for making this realization as painless as possible.

Whenever you feel your child is ready to take a new step in learning about the things that might scare him, take it gently.

It's better to discuss those topics when life is calm, and nothing happened than trying to recollect yourself dealing with some emergency and explaining it to your child at the same time.

How to discuss death while teaching kids safety

This is the scariest topic of safety. If you’ve had this conversation already, you can refer to it.

Use as much generalization as you can.

Say that your kids are learning safety and are going to live a long and happy life.

This is how we were created and how our lives are intended to be.

How to discuss traumas while teaching safety 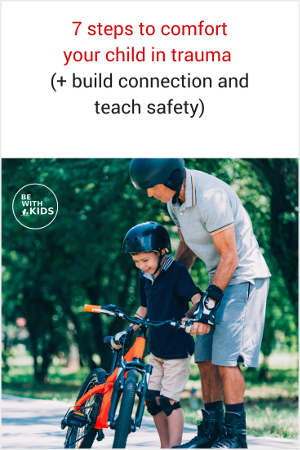 Kids do not realize the consequences of a fracture until they get one.

The only way to teach about traumas is to utilize the mishaps you get along the way.

A child got a burn? A couple of days later, get back to that situation and say:

"Remember how painful that little burn with the fingertip was?

Can you imagine how painful it would be if you put your whole hand on it rather than just your fingertip?”

Explain that our body will stay with us for all our life. It does have the capabilities to heal but not to regenerate. You can show the starfish growing their arms or lizards growing their tails. Explain that humans cannot do the same. 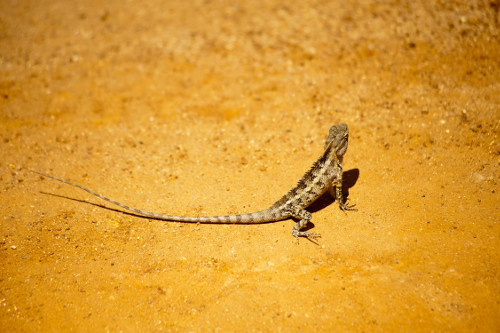 We all saw moms leaving play dates carrying their almost 8 year-olds dramatically suffering after losing a fight with a sibling.

And we also saw kiddos "I'm-okay-just-trapped-over-with-my-bike-landing-on-top" who just shook off the dirt and left you in the dust staring at their tailgates, wondering if those kids are made of rubber.

The way you respond to your children’s traumas will give them the scenario of how they are supposed to behave.

If you go into "panic mode" whenever your kids fall, kids lose the "anchor" to hold on to.

In their minds, you are the rock they can rely on if something happened, and now it is failing them.

On the other hand, just trying to stay calm and casually ask, "Are you okay?" might amplify your child's negative emotions and trigger "acting" about how badly they were hurt.

It might signal that his needs for your support were not met.

How parents accidentally open their kids to bullying

On the opposite side of the scale, if you exaggerate your response and pay too much attention to minor things, your child may subconsciously learn that to get someone's attention, he needs to get hurt.

This may lead to unhealthy patterns in their future relationships like "victim-rescuer-prosecutor" (also known as a drama triangle).

If you step in into a kid's conflict on someone's side, kids may learn that to have someone on their side (a parent, a teacher), they need to provoke that child to hurt them.

This is one reason some kids get bullied all the time and adults can't help them - because everybody knows this child is intentionally victimizing himself to manipulate the adults.

The algorithm of handling a boo-boo situation

Instead of saying "Are you okay?" or commenting on the acting, try the following algorithm (inspired by a conversation of Milton Erickson with his son) responding to the boo-boo situation.

It works with emotional trauma as well.

When you see your child already hurt, come to him and say, "It hurts. It hurts a lot" (for a major thing) or "It hurts. It probably hurts" (for a minor thing).

Otherwise, you are talking to an alien who does not hear you.

When someone is hurt, he falls into the internal part of his mind - focusing more on the inside than outside.

All the brain resources are busy figuring out the trauma. This is why people do not respond during the first couple of seconds when they are in shock.

Chose Plan A or B depending on how bad the situation is.

Plan A. If the trauma is easy (he was running and fell), ask, "What do you feel more: you're more hurt or scared / disappointed / upset".

In many cases, they will say "upset / scared" and be done.

The rest of the algorithm is for the bigger traumas.

Plan B. If the trauma is severe and you both understand it, say, "It is probably going to hurt more" .

For a child, it also means you are still with him. You accept him and his feelings regardless of what has happened.

This way, you reassure him that his feelings and fears are normal.

The next step is to say, "You want this to stop hurting" .

In some cases, if a child also ruined her dress, broke her toy, and feels upset, you can say, "You want this to be fixed / cleaned".

The next step is to say, "It might get better soon" .

Step 5: Support and figure out what to do next

The next step is to say: "Let's see what we can do here".

Step 6: Lift your child up

When someone is hurt, his physical barrier with the world is broken.

And the emotional one is broken too.

At some point, it is necessary to say, "It was a mistake. Everyone makes mistakes", "Let's think how to avoid it the next time."

If you and your child learn these steps, you both will feel less panic even when the traumas are severe.

"7 STEPS to comfort your child in trauma"

Thank you! Please check your email for further instructions.

Something went wrong. Please check your entries and try again.

And one more thing:

Please never laugh, even if the situation looks funny (like when a child has gotten stuck in the mud and fell on his butt), and you can't help smiling.

This may hurt more than their accident.

How to discuss disabilities while teaching kids safety

The next way to start a conversation about safety mistakes that can lead to severe traumas or disabilities is to point out people in wheelchairs, people that are blind, and amenities for people that are disabled.

You need to be gentle and super delicate - you don't want to offend these people by staring, pointing, or discussing their differences with your child in front of them.

The best way is to quietly pay your child's attention to such a person and discuss it later.

How to respond when kids ask what happened to that person:

1. You can say that it might be the way they came to this world.

2. It might also be an accident they could not control. Make sure not to scare kids when introducing the topic of misfortune.

It's tough, but it’s better kids learn it from you:

"Life may turn unfair, not the way it’s meant to be. Even though we cannot understand why and never accept it.”

Otherwise, the shock of facing something unfair happening to someone accidentally might be amplified by the child's unpreparedness: "HOW could that happen? It's so unfair!"

To make the landing softer, you can say that things like that, fortunately, do not happen very often.

3. This person with a disability might have made a huge mistake.

! Warning: you don't want to place fear of making mistakes when discussing the traumas.

Even though making a mistake can put someone in a wheelchair, we are here to learn safety measures to prevent these things.

Explain that mistakes in learning are normal and beneficial, and they do not lead to a wheelchair, granted you follow the safety instructions.

But careless mistakes and neglected safety measures are dangerous.

The goal is to explain to kids:

"You are keeping yourself safe not only for the sake of your mom's sanity but because you will not be given any other body than this one".

And kids need to do everything possible never to need any help from the ambulance.

Their "tail" will not regrow.

Do you want your child to be safe with people?

Do you want a road map to safety?

Do you want your child to be safe when you are not around?

In situations you have never discussed?

"Teach Your Child Safety With Strangers (and other people)" 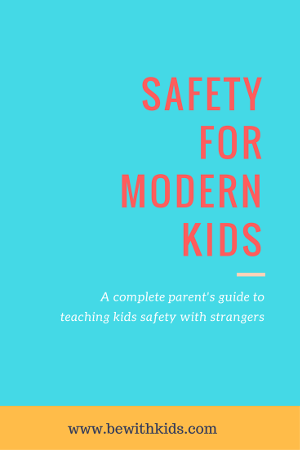 Join this free class and go from fear to confidence.

Something went wrong. Please check your entries and try again.

When your child breaks a safety rule he didn’t know, it may be too late to teach the rule.

Don't wait until it's too late. Our kids are the most precious of what we have - protect them.

Great job so far - safety is a challenging subject!

Please sign up above to see the next steps.

Can your child keep himself safe when you are not around? 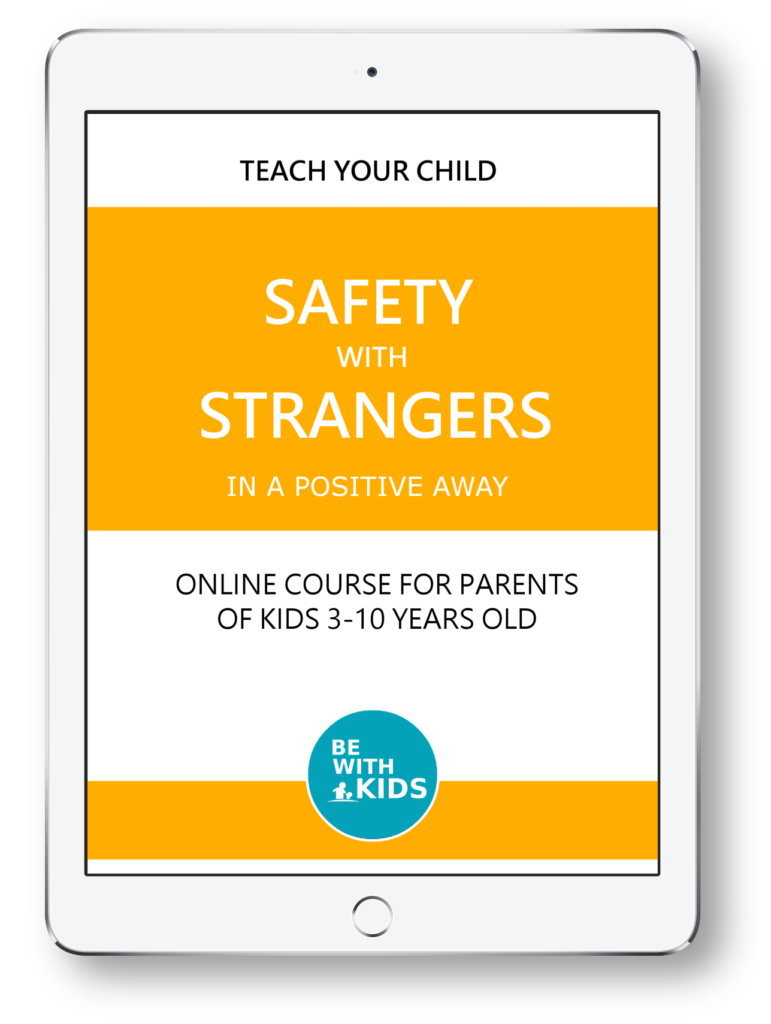 A modern approach to safety with people

Can't find what you are looking for?

Please tell me what you are looking for and how I can help.

I'll be in touch.

Or try using the

search function at the top of the page.

Thank you for your message! I’ll be in touch soon.

Success! Now check your email to confirm your subscription.